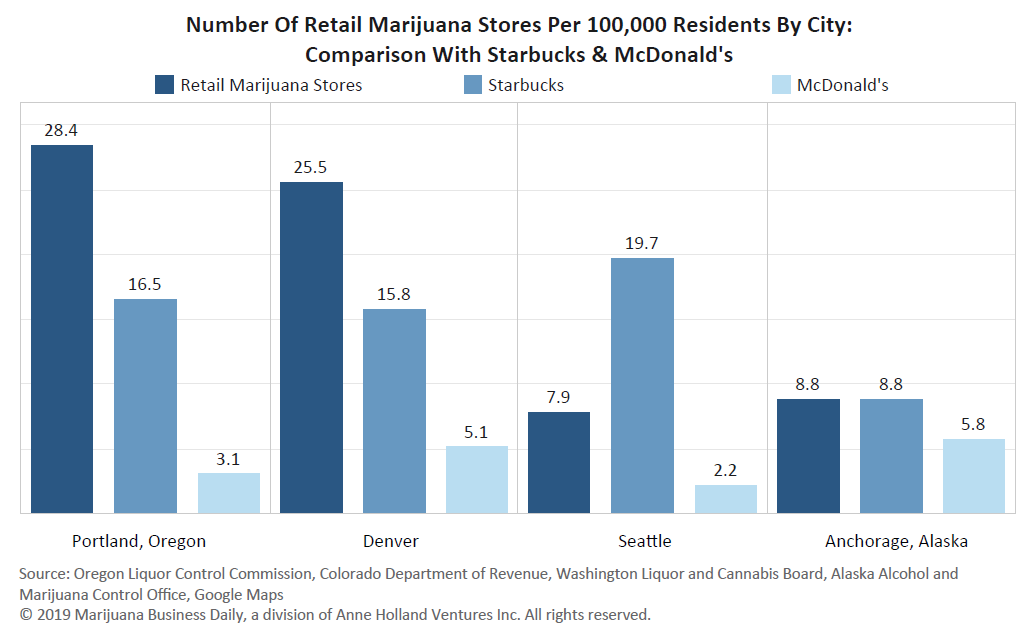 As competition between cannabis retailers grows, so does the number of stores in mature markets, where the relative density of marijuana shops has surpassed that of Starbucks in many.

The recently released Marijuana Business Factbook estimates that in Denver and Portland, Oregon, for example, marijuana retailers outnumber Starbucks by close to double, while in Anchorage, Alaska – a newer market – the two are tied for density.