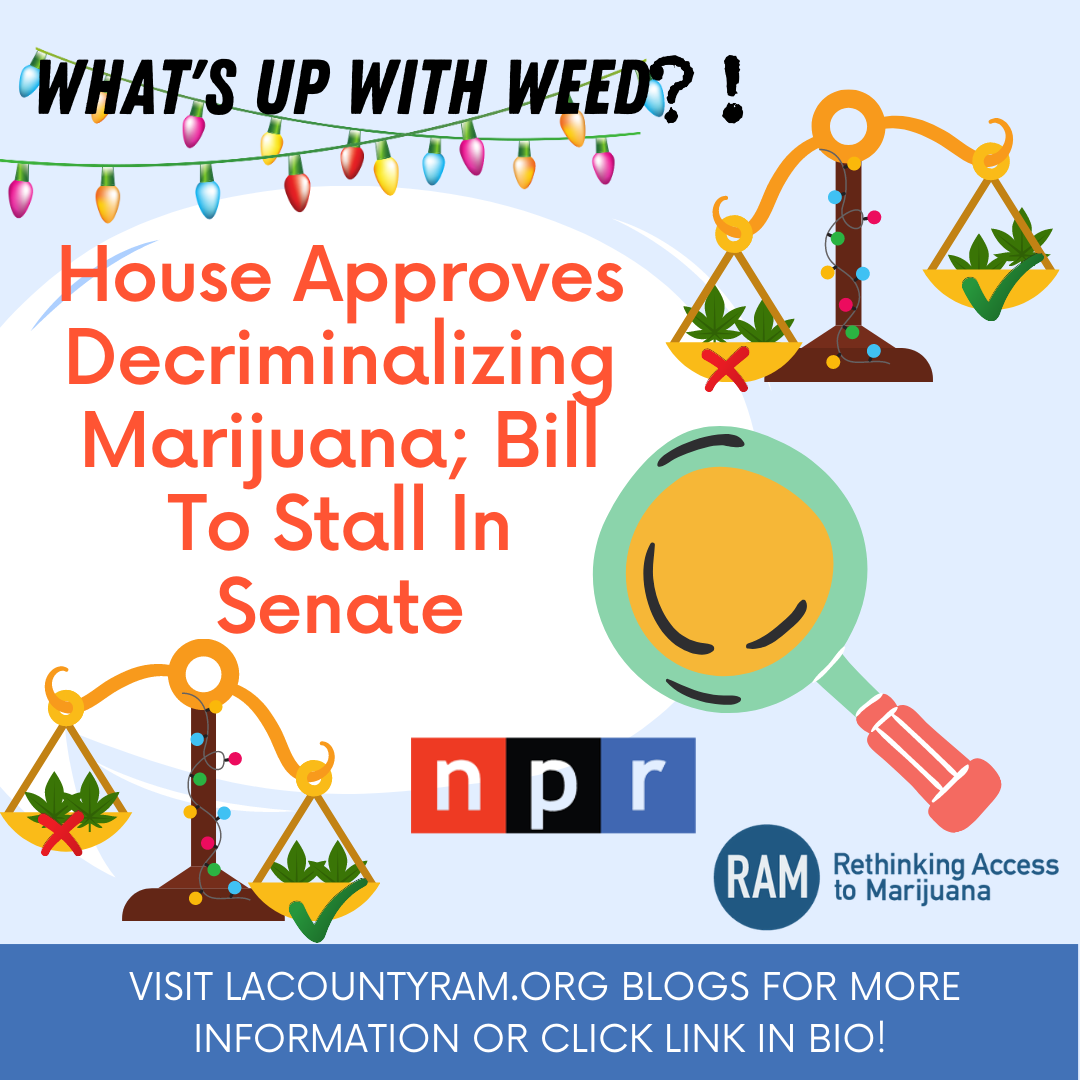 The House of Representatives approved decriminalizing marijuana at the federal level, the bill still needs to pass through Senate. The Marijuana Opportunity Reinvestment and Expungement Act, or MORE Act, the bill removes cannabis from the list of federally controlled substances and facilitates canceling low-level federal convictions and arrests related to marijuana. Opposition says criminals should not be released and believe federal decriminalization would contribute to more death and injury from impaired drivers using marijuana. Many supporters believe that this bill creates a tax on cannabis sales and directs the money to targeted communities adversely affected by the so-called war on drugs. The MORE Act is still under debate.

New Year, New Cannabis Reforms to Look Out for in 2021! Is cultural appropriation okay in cannabis industry to make profit?