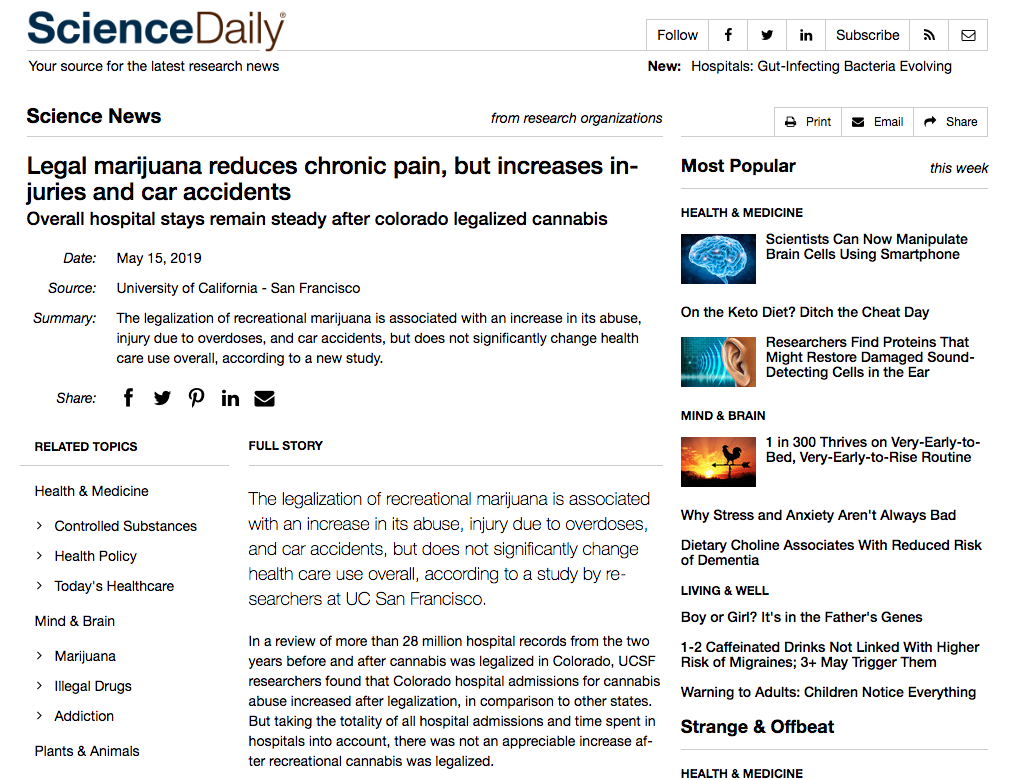 The legalization of recreational marijuana is associated with an increase in its abuse, injury due to overdoses, and car accidents, but does not significantly change health care use overall, according to a study by researchers at UC San Francisco.

In a review of more than 28 million hospital records from the two years before and after cannabis was legalized in Colorado, UCSF researchers found that Colorado hospital admissions for cannabis abuse increased after legalization, in comparison to other states. But taking the totality of all hospital admissions and time spent in hospitals into account, there was not an appreciable increase after recreational cannabis was legalized.